Climate Change is Your Fight. Social Media Should Be Your Ally. 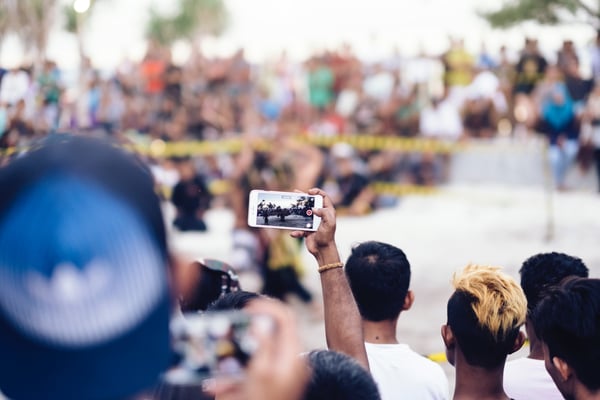 In 2014, the Guardian dedicated an entire article to this question: Why aren’t brands using social media to take a strong stance on climate change?

The author posited that brands felt climate change was too controversial, that it wasn’t “interesting” enough to tackle and that there was no clear action for followers to take even if a brand were to take a stand. The article concluded with the idea that “the world needs a few brands to take a stand on the climate.”

Fast forward five years – yes, five years already! – and we have seen several major brands going beyond taking a position on climate change on social media. Many have actually taken action to fight back against climate change, using social media as their main platform.

So what has changed? And why does it matter?

Although social media was influential in 2014, it was not nearly as pervasive as it is today. In 2019, social media is a primary source of news and information (for better or for worse, some may say) for 68 percent of Americans. Thanks to its always-on streaming of information, today videos and stories highlighting the horrific aftermath of climate catastrophes such as hurricanes, tsunamis and massive weeklong wildfires swiftly go viral, showcasing the devastating effects of climate change.

With the advent of tools such as Facebook Live and Instagram TV, organizations can now widely and instantaneously broadcast critical messaging. Whether it involves an announcement on Facebook regarding the 2018 Intergovernmental Panel on Climate Change report or a real-time Twitter feed of the Paris Climate talks, social media users are listening and engaged.

Easy access to the evidence of climate change on social media outlets has led to the majority of social media users affirming its existence. Although cries of “fake news” and “climate hoax” can still be seen in many social media newsfeeds, a 2018 study from the Oxford Internet Institute found that only 4 percent of climate change content on Twitter and only 1 percent on Facebook was classified as intentionally “polarizing and conspiratorial.”

Again, why does it all matter? Brands that have a presence on social media tend to have hundreds of thousands – if not millions – of followers across their channels, giving them the ability to start a social movement with one simple hashtag.

To add to that, strength in numbers gives social media users the power to influence brand actions. Two-thirds of consumers (66 percent) say it is important for brands to take public stands on social and political issues. Brands that don’t do so risk losing followers, trust, loyalty – and business.

A perfect example: In December 2018, Verizon Wireless set a goal of achieving 50 percent clean energy by 2025 after more than 33,000 Americans signed a petition, circulated largely on social media, advocating for the brand’s commitment to lowering carbon emissions.

Unfortunately, we still see many utilities existing on social media like its 2014 – cautious, behind the times and unwilling to take a stand on issues like climate change. Utility and energy service companies have hundreds of thousands of followers at their fingertips but are hesitant to truly engage with them on their social media platforms for fear of backlash. When it comes to climate change, that inaction can be detrimental for customers who are looking to their utilities to have a conscience beyond the standard rate increases, power outages and day-to-day customer service inquiries.

Negative feedback, “fake news” comments and unhappy customers cannot be avoided forever. Climate change presents a strong platform utilities can use to go beyond the conventional transactions on social media and add lasting brand value by taking a stand on an issue that significantly affects all utility consumers. They can do this by highlighting clean energy initiatives in local communities, communicating the current resources available through the utility to cut carbon emissions and overall, positioning the utility as a local leader in the fight against climate change.

Ready to level up your brand value and fight climate change with social media? We can help you get started.