Are Customers Demanding an Energy Revolution? 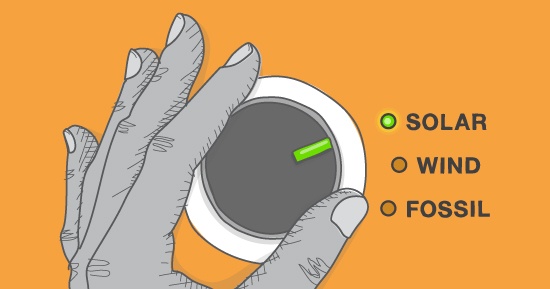 The “Utility of the Future” is a buzzword that has been dominating our industry’s publications and conference circuits for the past few years. Many industry thought leaders have published their ideas, and many of these smart ideas include elements of strategic electrification, distributed resources, non-centralized generation, and non-wire alternatives.

While we fancy ourselves to be energy thought leaders, we didn’t want to fill this post with futuristic ideas that are grounded in personal opinion. Instead of dwelling on industry insider speculation and language, we decided to get the opinions of the 99 percent of the U.S. that is not employed daily in this industry and ask their thoughts on the Utility of the Future. After all, what good is a Utility of the Future if it doesn’t include any customers?

Newsflash: It turns out that typical consumers don’t think much about the Utility of the Future. They are more worried about getting their children to soccer practice.

Our research into this topic included thousands of customer surveys as well as in-person customer intercepts on the street. Here is what we found:

Back to the original question. Are customers demanding an energy revolution?

Customers may not be demanding it, but that doesn’t mean we shouldn’t revolutionize the energy industry. And if we are going to do it, here is how we can bring along energy customers.

What the energy industry can do

Now is the time for utilities to reposition themselves to customers as “energy services companies” and begin to shift customer perception. Yes, there is a great deal of regulation holding utilities back from competing in today’s fast-changing energy world. But the act of repositioning a brand is not encumbered by regulation.

When you are ready to dive in, we’ll be ready and waiting to help. Drop us a line at hgrubbs@ksvc.com.