The Intergovernmental Panel on Climate Change (IPCC) recently released a special report on the state of climate change. The findings were less than pleasant, with the report underscoring that "we only have the slimmest of opportunities remaining to avoid unthinkable damage to the climate system that supports life as we know it." 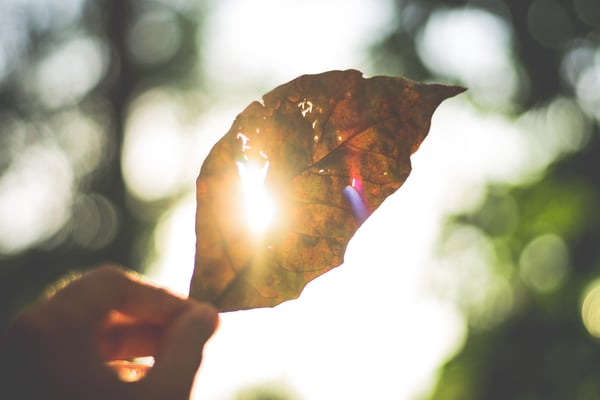 Grim outlook? Yes. Inspiring? Also, yes. We're glass-half-full people here, in case you haven't noticed. So, for this month's roundup, we've compiled a list of articles that give us hope and ground us in next steps to proactively be a part of, and help our clients be a part of, reversing that bleak picture.

1. In 2018, we've seen several large corporations make significant commitments to carbon reduction efforts. Google already makes sizeable purchases of renewable energy and claims it is currently matching all its total energy use with clean energy resources. In a research paper released this month, the company announced its next goal: moving toward 24/7 carbon-free energy at its data centers.

2. Massive adoption of renewable energy usage will help tame the looming effects of climate change and prevent at-risk nations from going dark. Countries such as Costa Rica, Jamaica, and St. Lucia are making significant headway in their renewable initiatives. If they can do it, so can the United States, and New York is making a concerted effort to prove just that.

3. Electric vehicle sales are up 32% this year with no signs of slowing down. They're key in helping to save the environment and could prove to be a boon for cities, ultimately encouraging collaboration between municipalities and utilities to become smarter, safer, and more sustainable through the adoption and improvement of current infrastructure.

4. The American Council for an Energy Efficient Economy (ACEEE) released its 2018 State Energy Efficiency Scorecard at the beginning of the month. The results were uplifting, with Massachusetts receiving top honors and several other states receiving high marks including California, Rhode Island, Vermont, Connecticut and New York. State spending on energy efficiency in the utility sector was nearly $8 million last year. All combined, states saved close to 27.3 million megawatt-hours (MWh), a 7% increase compared to 2016.
5. The world could install more than a trillion watts of renewable power over the next five years. That's more than the entire current generation capacity of the European Union.

Drop us a line and let us know what is inspiring you this week!