Intersectional Environmentalism: What it is and Why it Matters

The fight for a more sustainable future in the age of the coronavirus and Black Lives Matter has uncovered an important truth: protecting vulnerable communities is critical to taking action against climate change. It's long overdue, but going forward, brands looking to fight for climate change will need to ensure social justice is a component of their climate action plan.

By embracing the concept of intersectional environmentalism, an inclusive version of environmentalism that advocates for both the protection of people and the planet, brands can take the first step in authentically and holistically addressing and navigating some of the biggest challenges we face now and going forward. 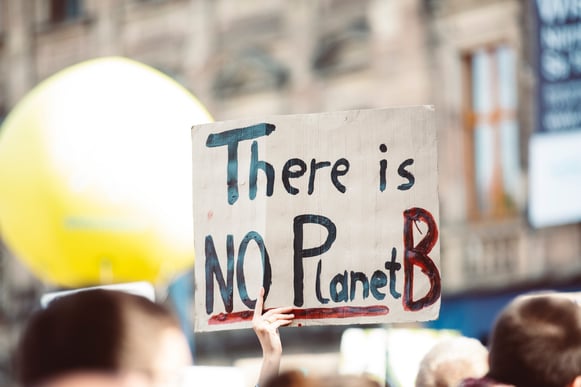 What exactly is intersectional environmentalism?

For several years now, brands have made vocal commitments to fighting climate change. Many others have been advocates for issues surrounding social justice. Few of those same brands have taken the step to combine the two. Others have inherently practiced intersectional environmentalism for years without actually giving it a name.

Why has Intersectional Environmentalism been thrust into the spotlight?

Civil rights, racial equality, Black Lives Matter—these are not new ideas or ideals. From Rosa Parks standing up to Jim Crow laws by sitting down, to Martin Luther King, Malcom X and Angela Davis who spread the Civil Rights movement through hope, leadership and powerful words, to Opal Tometi, Patrisse Cullors and Alicia Garza who "started" the Black Lives Matter movement in 2013 following the murder of Trayvon Martin, this has been a topic of conversation screamed throughout the pages of history.

Similarly, the environmentalist movement has been active for generations. Many of the same Civil Rights activists who fought for a seat at the table in the 1960’s and 1970’s also spoke out against the ways in which human and corporate behaviors harmed (and continue to harm) the planet.

So what is it about the present day that has finally allowed the two movements to more visibly converge?

The world is in a tough place right now. The sense of comradery, the need for good and better to triumph over evil, is motivating Americans to do more. George Floyd, Ahmaud Arbery, Breonna Taylor and the countless Black men and women that came before them were catalysts, but they are not the sole reason that the Black Lives Matter movement exists and has come so far to the forefront of our attention, infiltrating nearly every aspect of our daily lives and urging individuals and brands alike to reflect, educate and take action.

The coronavirus pandemic has also, sadly, provided the most recent and effective tangible evidence of the undeniable link between climate change, racial inequity and public health. Research has connected increased levels of air pollution to increased rates of infection from the coronavirus, leaving communities of color and poor communities – which are more likely to be exposed to polluted air – to be affected at a disproportionately higher rate throughout the country.

Additionally, a theme that we're seeing in both the movement for social justice and the parallel movement for climate justice is the involvement, and more than that, the leadership, of youth.

The BLM movement has seen branches across the country led by young people such Nupol Kiazolu, who is the president of the larger New York area BLM movement and is only 20 years old. She started engaging in activism and using her voice when she was 12, after the killing of Treyvon Martin. Since then she has founded her own campaign called Vote 2000.

At the same time, we're watching the next generation lead on climate justice. At the age of 15, Greta Thunburg became the face of today’s climate movement, leading a massive shift in attitude and behavior among young adults and baby boomers alike in just 18 months. Alongside her are other young women like Jamie Margolin and Isra Hirsi. Gen Z has seen the potential for what the future could be, and has stepped up to let brands and elected leaders know that they will not sit idly by.

Customers are demanding change. We see it in the political, social and climate movements happening right now. In an ever changing market the future is starting to form right before our eyes—People are sick of the injustice and inequity in the system, from education and voting rights to public health and the environment. They are loudly and repeatedly calling out the brands (and individuals) who are failing to make changes, take action or support positive growth. If a brand or business wants to survive, garnering loyalty of their customers and the support of future customers in 2020 and beyond, they will learn from the changes they see around them, challenge what they know and become better.

Even before the coronavirus pandemic, the Black Lives Matter movement or the urgent call for action on climate change, the link between the climate, racial inequity and public health proved that all three are intrinsically linked together. People of color disproportionately bear climate impacts (look at Hurricane Katrina, or the Flint Water Crisis). Fossil fuel power plants are disproportionately located in black neighborhoods. Poor communities in large urban areas tend to have both lower rates of health literacy and less access to educational resources on day-to-day things more privileged communities take for granted, such as recycling or composting. In order to fully and wholly address one, you have to address the other two.

“It’s not just about solar panels and electric cars. This is about how we implement solutions, how we replicate and scale them; it’s about communities and governments and corporations changing the way they do things–solving the climate crisis is about everything. So we need to find ways that everyone can be a part of this transformation.”

Beyond needing or wanting to supplicate customers for the benefit of succeeding as a brand— there is a morality motivation. It is a question we have posed before but it still rings true: What kind of brand do you want to be? Building a brand of integrity and being a part of the climate solution is vital to current and future customers, but it has to come from a space of authenticity.

Brands that have committed to taking action against climate change, and have been vocal and transparent about their process in becoming carbon neutral, plastic-free or even carbon positive are in the best shape yet to reflect and educate both themselves and their consumers about the role that intersectional environmentalism plays in the actions that they are currently taking or planning to take.

But whether your brand sells sneakers or Artificial Intelligence solutions, whether you work for a company that has already committed to protect the planet or has supported local community public health initiatives for generations, it will take a village of everyone to solve the climate crisis. And in order for that village to be successful, the people most affected by climate change need to be a part of the solution.