Posted by Noelle Palumbo on March 10, 2017 at 9:00 AM
To President Trump:
This week we heard you were considering eliminating the Energy Star program, and we felt it was time we spoke up.
You want to hear what the people actually have to say about Energy Star? 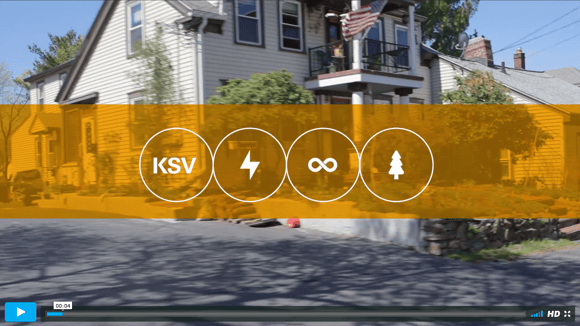 According to a report from E&E News the Energy Star program is on a list of 38 EPA programs to be eliminated.

By Oliver Milman from Slate:
Trump has targeted the EPA, which he has called a “disgrace,” in order to fund an increase to the military’s $600 billion budget. Scott Pruitt, the controversial new EPA administrator, has stressed that grants handed to the states—which account for around 40 percent of the EPA’s budget—should be protected, meaning the ax would fall on enforcement action, climate change initiatives, and other programs.

This wouldn’t just be a set back for environmentalists, but for businesses as well.

Energy Star is one government program that has certainly proven its worth.

By Chelsea Harvey from The Washington Post:
Because the program is voluntary, it’s not forcing anyone to participate — and those who do join in see demonstrable financial benefits.

By AJ Dellinger from IBTimes:
Kateri Callahan, the president of the Alliance to Save Energy, told IBT her organization is “alarmed” by the reports of shuttering Energy Star. She described the initiative as “most successful public-private partnership we’ve ever had,” with more than 160,000 companies and organizations partaking in the program.

By Nick Stockton from Wired:
The Energy Star brand does wonders for the companies selling their devices: In 2015, a Consortium for Energy Efficiency survey showed that brand recognition was around 90 percent in 2015; over 45 percent of the survey’s respondents said they’d knowingly purchased an Energy Star product.

Above all this would be a set back for consumers.

Since its inception the Energy Star program has saved families and businesses an estimated $430 billion on utility bills, while reducing greenhouse gas emissions by 2.7 billion metric tons. (Source)

People know buying something that meets Energy Star standards means they’re making a better decision that will lead to savings.

That little blue label is what consumers look to for assurance.

The Energy Star program is a win for everyone.

Without it consumers wouldn’t know where to start.

This isn’t just about helping the environment, but this country and its people.