3 Lessons from Tesla on Innovation at the Speed of Business

Perhaps you noticed the headline from Inc.com in your feed:

Attention business leaders: This is how it's done.

The short story here is this: A Tesla user in CA needed to charge his car and stopped at a charging station only to find that all the charging stations were occupied by fully charged cars, whose owners had left their cars to charge while they went and enjoyed one of the other businesses nearby (including a coffee shop, a gym, and a Whole Foods). The out-of-juice user tweeted at Elon Musk, who responded, and essentially said, Yup, this is an issue and we're aware of it and we're going to fix it.

The answer was a new policy, introduced just six days later, which took a big leap forward toward solving this issue.

Now: why should you care?

Well, there are lessons in this story that every single business, but particularly those companies who are plagued by bureaucracy can learn from.

Responsive and real time. The thing that makes this story matter is not that Tesla instituted a new policy. In fact, this matters very little. How many of you own a Tesla? How many of you even know someone who owns a Tesla?

So why does this story matter to you? It matters because this was an executive and public figure acknowledging a challenge with their system and committing, publicly, to addressing that challenge, and then actually doing it, six short days later, and then publicly announcing the fix.

There are three components there that make this noteworthy:

Accountability. Musk didn’t ignore this complaint, or downplay it. He acknowledged the challenge, acknowledged that only Tesla could fix it, and then committed to do it.

Responsiveness and speed. Nowadays, the ideas of leaders (company or otherwise) being live and unfiltered on Twitter and engaging with users is a bit scary. But Musk responded to this user within one business day of his tweet. And then it took just six days for them to announce the new policy. This is the speed at which business is happening. So if you’re in an organization that needs taskforces and subcommittees to explore customer complaints, with months long project plans, it may be time to shake things up. Not for everything, certainly there are lots of topics that can’t be solved for in the span of a few days. But there are some that can, and it may be one of the most important tasks of businesses to be able to identify the difference.

I used to have a leadership coach who had a mantra “Clean up the mess where the mess is made.” Essentially, the rule was, if there was a conflict with a team member in private, you close that conversation out in private. You don’t talk to them about the conflict in front of others who will feel out of the loop, you don’t create a policy for all employees that will just cause a lot of questions. And the opposite is true as well. If a conflict happens or a question is posed in a public forum, you can’t answer it one on one and let everyone else wonder if resolution ever happened.

Imagine if this crucial part of the story hadn’t happened? User tweets at Musk, he acknowledges a fix is needed, they institute the new policy and he privately contacts the user and lets him know there is a fix. The end is still the same, the problem is solved, but no one knows about the speed, the responsiveness, and the dedication to customer issues.

Oh and Tesla wouldn’t have gotten all that free publicity, lauding them for innovation at every level.

Well, we’ve got four questions for you to reflect on:

Want to hear the voices of your customers talking about innovation? Check out these KSV POV videos on customer expectations of the smart home and the utility of the future. 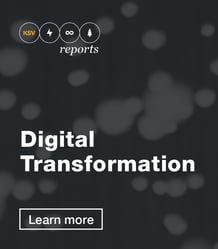