America and the Environment: Six trends that define what we’re thinking 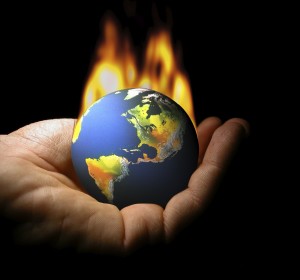 Every year,  Joel Mackower of GreenBiz  performs a truly important and valuable public service by summarizing most of the past years research on how we feel and think about the environment. It’s easy for those of us who passionately follow the issues to lose touch with mainstream America’s point of view. Though it has to be said, in a time where our politicians don’t pay much attention to the public’s point of view, it probably matters less that we wish that it did.

While the year has been filled with extreme weather events and an increasing consensus within the world’s scientific community, we’re not taking climate change more seriously, despite the given fact that our military and armed forces express no doubt about the severe impact climate change will have on the planet. We are buying more “green” stuff, but that rarely translates to a lighter footprint on the planet. Some of our largest global companies are finally getting serious about sustainability, but they are not yet impacting their consumers.

So the highlights of Joel’s review find –

Trend number 1: Climate change is getting worse, but we don’t seem to notice

“Americans are less inclined to believe in economic and technological benefits of solving environmental problems. The association between environmental protection and economic growth also dropped, from 82 percent in 2011 to 71 percent in 2013. This may be a result of an active campaign by climate deniers to undermine support for climate solutions.”

Trend number 2: We’re not willing to do much about climate change

Also according to ecoAmerica, 71% of Americans say they are “somewhat” or “very” convinced that climate change is happening, and 76% believe that humans “definitely” can or “might be able to” reduce climate change’s impacts. However, “These statistics seem encouraging for climate solutions advocates — but they obscure a more complicated reality,” say the authors:

“Amidst the Americans who are convinced that climate change is happening are two different groups of people with different attitudes and motivations. Most Americans are only “somewhat convinced.” They don’t associate climate change with their other priorities and are not inclined to support action. Only the “very convinced” are willing to take action. This group tends to be made up of higher-resourced Americans with greater wealth, health and education.”

Overall, says Gallup, Americans remain more negative than positive about the environment. They are less likely to see environmental quality in the U.S. as “excellent” or “good” (44 percent) than to see it as “only fair” or “poor” (55 percent). More broadly, Americans are not very concerned with the climate, at least compared with other issues.

Trend number 5: We like to buy “green” stuff, but not as much as those in other countries

Surveys about consumer attitudes toward buying green products and services continue to be optimistic, continuing a trend that has persisted for twenty-five years.

More than half of shoppers in twenty-four countries say they “care what efforts brands are making to help the environment,” according to Ipsos OTX, the global innovation center for market and opinion research firm. Those most likely to agree they would be willing to pay more for environmentally friendly products are from: Indonesia (59 percent), India (59 percent) and China (58 percent). Just under a third (32 percent) of U.S. consumers agreed, tied with Russians.

Environmental issues get personal when it comes to food. Americans say they are “willing to sacrifice variety and dollars in order to eat more consciously,” according to the 2014 Cone Communications Food Issues Trend Tracker. Although family satisfaction reigns supreme (97 percent), shoppers consider health and nutrition (93 percent) and sustainability (77 percent) important factors when deciding what to buy.