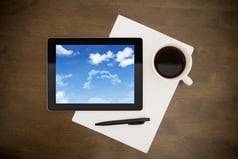 While you may not know it, you see it on your Facebook Timeline every time you scan the page. It’s hidden in plain sight as you scroll through your Twitter Feed. And it’s most likely been integrated into your favorite blog’s stream of posts.

This form of advertising that has slowly crept its way into your daily media routine is known as Native Advertising: an advertisement where a brand’s message is delivered in the style of the publisher’s normal content. Native advertising can either be created by the brand or have its development outsourced to a publisher. It is most commonly done in the style of a sponsored news article, a promoted tweet/post, or a branded video.

Evolving from the more traditional print advertorial, sponsored content (often used as a synonym for native advertising) is a relatively recent phenomenon on the digital platform, so advertisers are still toying with the correct way to utilize and measure it. Although best practices and metrics are still being established, there are numerous inherent benefits to native advertising that may make this form of advertising worth a try for your brand.

Especially when compared to a banner ad, the coherency with which you can deliver your brand message can be far superior in a native advertisement. Not only are you displaying your brand’s image, but you are also able to deliver a consistent message along with it. While removing the annoyances of the banner ad, you can simultaneously engage the customer in a much deeper way.

Because of the seamless style of sponsored content, it can also translate much better to the mobile platform. A sponsored post on a blog like Buzzfeed (one of the publishers at the forefront of this delivery style) will look nearly identical on your laptop and your Smartphone.

The lack of hard metrics for native ads might be a detractor for some brands. But, overall, ad-spend for native is on the rise. Total expenditures still pale in comparison to banner advertisements, but a 39% increased ad-spend in 2012 must mean that native advertising is working for somebody.

So, if you find your brand struggling to engage consumers through digital media, it could be time to try native advertising. Who knows? It just might be the online push your brand needs.