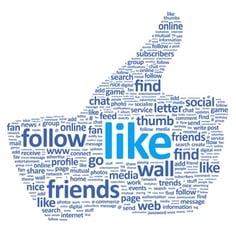 Social media is far from an exact science. There's no algorithm for drumming up Facebook "likes", no proven formula that equates to guaranteed re-tweets. As the name implies, social media is, well, social. It's something we can measure and research, but is not always something we can predict. This is due to the fact that at its core, social media is rooted in human behavior.
But while we can't always predict how people will act on your social channels, you can create guidelines and best practices which will ultimately lead to predictable success. For instance, it's logical to assume that a tweet sent at 9:00 AM on a Wednesday morning would receive higher engagement than the same tweet sent at 4:00 PM on a Friday afternoon. Think of it from a human perspective. In one scenario, you're engaging with someone who's just sitting down at their desk to start the day. In another, your they're likely commuting home for the weekend and probably focused on anything but your latest message.

Equally logical is the philosophy of "quality over quantity" when it comes to content. It's important to consider the goals behind your content. Who does it benefit? Is it likable? Shareable? Crafted with fan engagement in mind? This basic piece of advice often gets brushed aside as brands and individuals pepper their timelines and Twitter feeds with mundane, half baked content simply for content's sake.

Crafting content cognizant of this criteria not only leads to higher engagement, but also contributes to measurable social goals. Let's say your brand has set KPIs for social engagement. Running your content through this filter prior to posting helps separate content that's self serving from that which will actually further your organization's social agenda.

As a final filter, give your content the human test. Ask yourself: Is this something I'd really want to see while trying to catch up with friends on Facebook or skimming the news on Twitter? After all, social media is always at the mercy of human behavior. Which means we always have to look at it from the human perspective first.