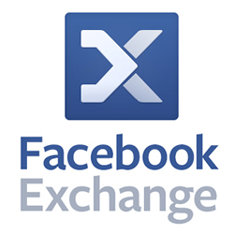 Facebook ads in the news feed are not brand new, but until recently the only time we have encountered ads in the news feed has been when we are Facebooking on a mobile device. This was the solution Facebook came up with after having gone public and needing to monetize mobile. There is no right rail experience on mobile and thus into the newsfeed went the ads. Investors like revenue—makes sense. Well, here comes some more revenue as Facebook has announced...  Facebook Exchange ads will now have access to the news feed as well.

Facebook has been partnering with third party ad networks and data providers to deliver hyper-targeted banner ads through the Facebook Exchange since about mid-way through 2012.  According to an Adobe report, Facebook Exchange had served  a billion impressions through February 2013 and the results for participating advertisers are strong. Like 70% increased conversion rate strong.  This success makes sense when we consider the hyper-targeting power that is available when off Facebook web behavior is married to a user’s on Facebook demographics and experience.

So the big hope is that access to the news feed will further propel the success Facebook Exchange ads are achieving. But, will it? Or will it be met by privacy concerns and user frustration over “Facebook stalking.”

The jury is out, but with big data all the rave right now, Facebookers are sure to see ads up in their news feed grill that know who they are, know what they like, know where they have been on the web and hope to know how to make them buy, buy, buy.