The Power of Music: Striking the Right Chord With Your Audience

Growing up in the remote cornfields of the Midwest can feel pretty isolating. Fortunately, I had a vast library of vinyl. Yep. I’m old. For me, the sound of that needle slipping across the surface of the record can be one of the most comforting sounds on this planet. Those few seconds before the music starts and the real escape begins. 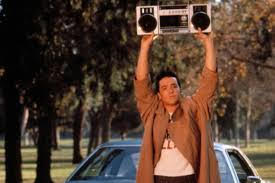 To this day, when certain songs come on, I can remember what my room smelled like. The ratty old t-shirt I was wearing. Where I was sitting. The mood I was in.

The power of a tune is undeniable. And yet, when it comes to how we use music in advertising, it often becomes an afterthought. Just one more box that needs to be checked. Just one more expense in your already tight budget deemed not important enough. It’s time to discover what happens when an intentional approach to music is taken.

Music and advertising have a long history, from the days of Dinah Shore encouraging audiences to “see the USA in a Chevrolet” or the Hillside Singers singing about sharing happiness by buying the world a Coke in the iconic “Hilltop” spot (the latter of which went on to be a charting single on the Billboard Hot 100 and entered into the Library of Congress). Then there are more relevant examples where the music made the ad, as is the case with this 2005 Sony Bravia spot (feat. Jose Gonzalez’s cover of “Heartbeats”) or the Ad Council’s “Love Has No Labels” 2015 spot (feat. Ryan Lewis & Macklemore’s “Same Love”).

But don’t think that you have to use popular music to give your ad emotional storytelling power. An instrumental score that starts simple and swells and crescendos can heighten the emotion and storytelling of ads just as effectively as seen in the #LikeAGirl spot from Always and the “Real Beauty Sketches” from Dove.

Music is obviously a valuable asset in storytelling, and it is important not to let it become an afterthought when creating ads. It should have as much thought and intention around it as the writing, casting, and storytelling itself. Music conveys tone and primes audiences emotionally to engage with your message. When the music doesn’t match the story or the message, it can leave an ad feeling flat. By making music a more primary thought when crafting a story, the end result is a much more powerful and engaging piece of storytelling with a more holistic tone and feel.

The recent “Moldy Whopper” ad from Burger King provides a fantastic example of this. A time-lapse of a Whopper slowly spoiling on its own sounds like a simple concept. However, when paired with Aretha Franklin’s “What a Diff’rence a Day Made” it says everything that they need it to say. There’s no need for any narration. It doesn’t ask the audience to do a lot of reading or thinking. They let the song do the heavy lifting. And all that it took is the right music and a little context. That’s how smart and strong storytelling can be when music is considered during all those hours of brainstorming, concepting, and writing.

The right music taps into a voice that connects with audiences and elevates messages by making them engaging stories that get attention. An investment in music, through time, thinking, and decision making, can pay off as an investment in your brand. Nobody sets out to create something that falls short, so resist the urge to give up on yourself, your brand, and your story. An added expense toward the perfect song may add tremendous value to the end result and the way that consumers absorb and perceive your brand and what you have to say. If you need help selecting your next song or telling your story, we would love to help.